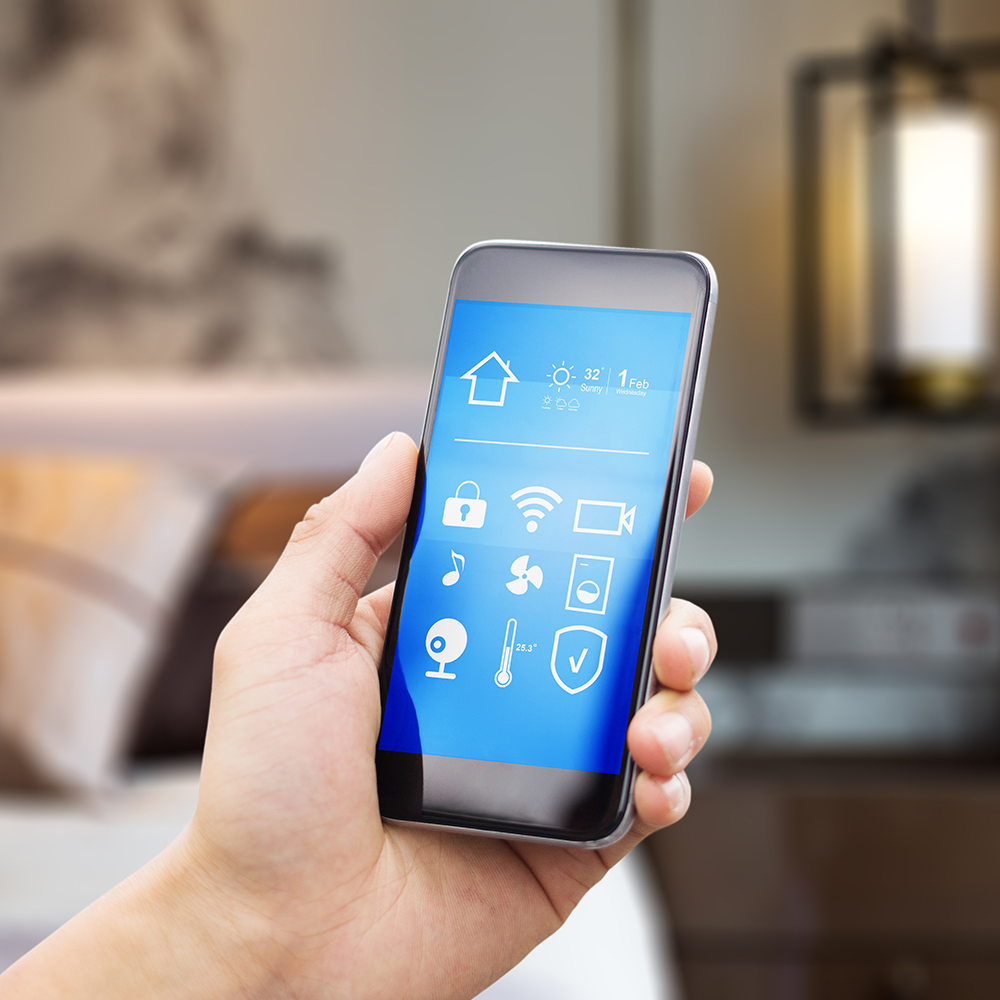 Proptech for Each Season

It doesn’t feel like all that long ago when technology’s role in the home was predominantly for entertainment and information; however, as the proptech industry grows, so too does the range of everyday tasks that are becoming automated by high street products.

In 2014, Amazon Alexa launched virtual voice assistants to public prominence.  Although IBM had experimented with voice recognition devices as far back as 1961, it would takeover 50 years for it to become an affordable, mass-produced, lifestyle-changing product.  Alexa operates through Amazon Echo, a smart speaker, which cost £149.99 at launch and is now currently available in its third generation for just £49.99.  The product became so popular in such as short span of time that it was forecast that 40% of UK homes would have an Amazon Echo by 2018, up from 9% in 2017[1].  This dramatic rise is proof that smart technology is being embraced as something that is integral to the home, rather than simply something that is a luxury.

With Amazon Alexa capturing consumers’ imagination and tuning into a need to streamline daily routines, companies are pouring more resources into artificial intelligence and smart technology.  Google, whose alternative to Amazon Echo,Home Mini, was the global top selling smart speaker in Q2 of 2018[2], was reported to have spent almost $3.9 billion in disclosed deals for artificial intelligence since 2006.  With Amazon,Apple, Intel and Microsoft joining Google in the top five spenders, industry giants are all vying for the market and positions of prominence in our home.

While the likes of Amazon Alexa, Google Home Mini and Apple HomePod are all well-publicised, the likes of Nest, Philips and Eve are also exploring the possibilities of smart technology.  With so many smart technology options available, spanning so many areas of the home, it can be difficult to keep up with the quick turnaround of the market and knowing which products will benefit you in the
long-run.

Alexa, Home Mini and HomePod are all broad technologies that act as a hub for multiple systems, and are compatible will various products that subsequently go to market; however, there are many more focused products that can save you time, effort and money on everyday activities.  Although shopping around will introduce you to a wealth of options, this article will focus on a different device for each season, to give you an insight into how, in just half a decade, smart technology has evolved far beyond smart speakers.

As the weather warms up and grass growth increases, your lawncare routine will need to be resumed, though Robomow can make this task as quick and easy as tapping your smart phone. The automatic lawnmower can be launched from its charging station using an app, from which point it will mow your lawn before returning to the charging station.

Staying with the lawncare theme, as summer arrives and your lawn becomes dry, the Eve Aqua Smart Water Controller attaches to your external tap and allows you to activate water sprinklers using your smart phone, before they automatically shut-off to prevent your garden from flooding.  You can even set times for the sprinklers to turn on and monitor your water consumption.

As October sneaks up on you and the nights pull in, evenings enjoying the garden give way to cosy nights on the sofa.  The Philips Hue Starter Kits allow you to tailor your lighting system using your smart phone, Alexa, Apple HomeKit or Google Assistant to schedule times for cool and warm lighting, and even make those grey mornings easier to wake up to with a sunrise effect.

As property developers and homeowners are becoming increasingly environmentally conscious, products such as Nest’s Learning Thermostat are signalling a shift towards responsible energy consumption, while shaving money off of energy bills.  The product’s smart, discreet appearance is befitting of a product that programs itself after you use it for a week, having learned your preferences.  You can then use an app to view reports on how much energy you have saved.  The heating can also be controlled through your smart phone, Alexa or Home Mini,ideal for those cold December days.

These four products illustrate the public’s blossoming relationship with smart technology and the extent to which we trust it to carryout chores on our behalf.  It is interesting to see how the technology will evolve in the coming years and the new ways in which it will influence our daily routines, and subsequently become incorporated in the design of new build properties.

Urban Roc has asked us to be part of their Park View and Headlands developments.

Ssassy Property is saving the planet one step at a time.

The London Borough of Camden

We have recently said ‘hello’ to IDM Properties.

We are proud to work with ZeroC

Waterstone add another development to Spaciable

We are pleased to welcome Eleanor Charles Homes

Countryside give their buyers Spaciable

Countryside Properties use Video for 3D Tours and How to's

Developer Trends 2020/2021 - A Brave New World: Trends for Residential Property Developers and How to React

A Brave New World: Trends for Residential Property Developers and How to React - FREE DOWNLOAD

We’ve only gone and done it again!

We are patting ourselves on the back again this year and we are only in June as we take home three awards!

At Classic Folios, we are committed to supporting local charities.

Research commissioned by Classic Folios. Poll of 1,000 homeowners and 1,000 renters in October 2018.

Rent and Living launched as part of Spaciable upgrade

We are thrilled to share the news that we have rebranded our online portal from Hoozzi to Spaciable!

Raising money for Alzheimer's - so far £830 and still counting!

We have had a great start to 2019 and we want to thank you, our clients, for helping us over the last 21 years to get to where we are now.

Are you looking to improve your customer experience? We’ve had a look at how easy it is to do and the impact it can have on your business.

National apprenticeship week runs from the 4th March through to the 8th March.

We are excited to announce that we have launched our new client referral scheme here at Classic Folios.

Please join us in congratulating Ellis on his promotion!

What Will Happen to the Housing Market in the First Quarter of 2019?

Behind the Scenes with Ballymore, Embassy Gardens

We talk to Gordon Piper at Hazeley Homes about how they deliver exceptional customer care using a digital handover.

Taking to the Field

Deanfield Homes, a new developer that is active in Oxfordshire, Buckinghamshire and Hertfordshire, has joined up with Classic Folios.

We are very excited to welcome Wates Residential to the Classic Folios family.

Team Trip for a Taste of BRE Innovation

Our editorial team took a trip to the BRE (Building Research Establishment) Innovation Park in Watford for a first-hand look at some ingenious show homes.

Classic Folios is thrilled to announce Chris Pickard as the new Head of Account Management.

Octagon Homes worked with Classic Folios to create fully responsive property tours that feel as real as being in a new home.

What’s Next for PropTech?

2017 saw an explosion of technological innovation within the world of property, with numerous new products and services promising improved experiences...

The Fusion of Property & Technology

Proptech experts are advising the housing industry to become more digitally savvy to keep up with the demand of consumers. which is why we've created Hoozzi.

Classic Folios would like to wish a warm thanks and Merry Christmas to their clients as the year nears its end.

Hoozzi Area Guide is soon to launch, providing users with local information about their community.

Hoozzi Services lauches on 27th November 2017. Offering a range of services to help people move, manage and enjoy their home.

Classic Folios would like to wish huge congratulations to the clients who received an award at this year’s Housebuilder Awards.

We are thrilled to announce that Classic Folios won the Best Industry Supplier prize at the Regional Property and Construction awards 2017.

Weston Homes has Partnered With Classic Folios for 16 Years to Achieve Customer Service and Satisfaction Targets.

One Portal. Lots of Possibilities.

We're thrilled to present the next generation of property browsing.

With over 700,000 people needed to fill jobs, more women are needed in the construction industry.

Are Your Buyers in the Know About their New Build Warranties?

The 2017 Homeowner Survey concluded that many homeowners still feel in the dark about their warranties.

Keeping Our Clients Compliant with the Consumer Code

Another Great Year with Weston Homes

Referrals come from positive sales experiences, but also the aftercare...

Out With the Old, In With the New

Housing professionals are encouraging politicians to take bolder steps to hit housing target and to beat the property shortage crisis in the UK.

Digital Handovers for Any Budget

Building on the success of its digital new home handover solution, Classic Folios is proud to launch an advanced Android tablet to its extensive product range.

Classic Folios is delighted to annouce the launch of its new branding and website.

Great Brand Experiences Will Always Leave an Imprint for the Future

Great brand experiences are worth shouting about, as are bad ones…

We are proud to work with over 250 of the UK’s property developers, and are always pleased to celebrate the high standards of the industry.

Property Developers are more than just house builders; they are creators of communities.

With ever growing fears around the housing crisis, it’s come as no shock that ministers have approved the build of 14 new garden villages.

Celebrating Success at the WhatHouse? Awards

Classic Folios would like to wish huge congratulations to all clients that received prizes at the WhatHouse? Awards on 18th November 2016.

Classic Folios is pleased to announce the appointment of Fiona Hall as new Sales Manager.

Classic Folios Partner with Shape to Deliver Innovation in Handover

Classic Folios was delighted to create a bespoke launch brochure for The Taper Building.

2016 has been a great year for those at Classic Folios. Big deals have been made, new products are in the pipeline, and now it celebrates its 20th anniversary.